The Pineapple Express is Coming - and Sticking Around Through February 22 2014.

While the US West has been suffering increasing and in some areas, extreme drought, relief for the Northwest is on the way. 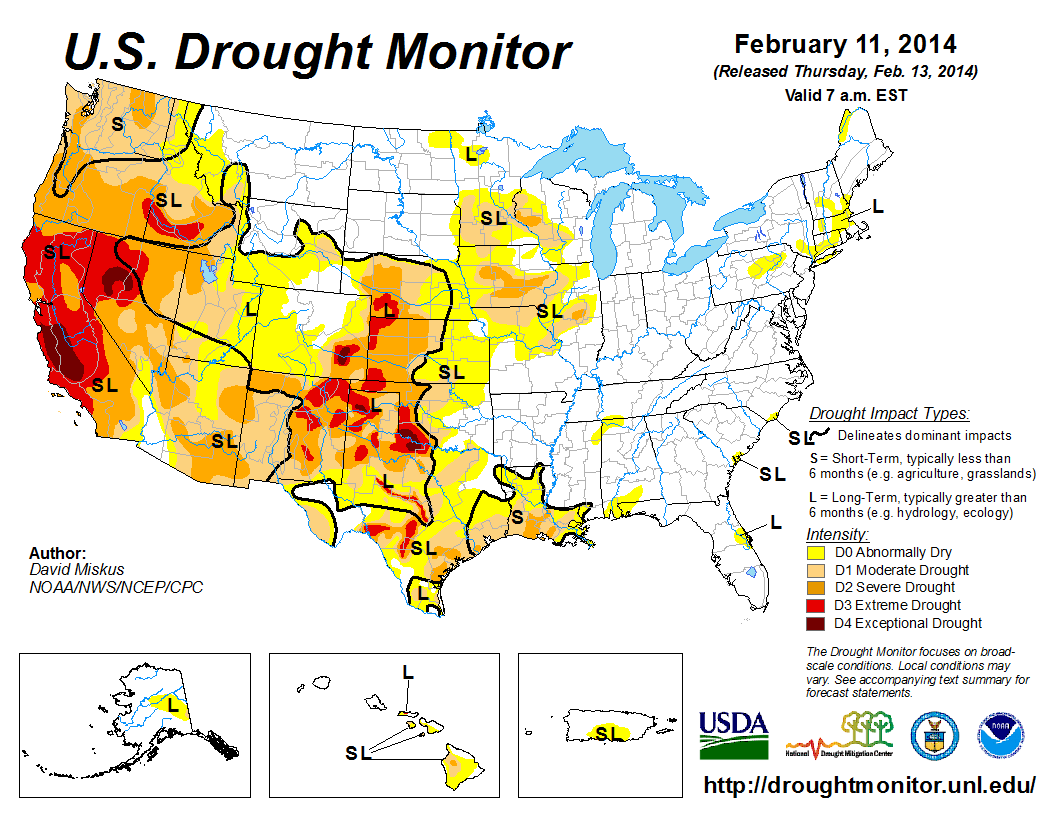 However, during the last few days and through the next 10 days, the Northwest will get drought relief, but it will likely result in flooding and wild weather, while increasing reservoir water levels. To illustrate the coming change - and problems, here is the last 7 days precipitation anomaly for February 6-12, 2014 and today's active watches and warnings: 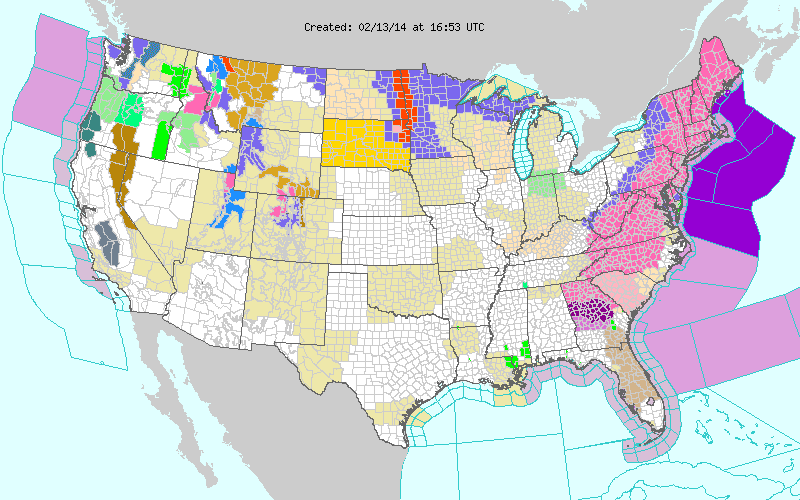 The green shading in the US Northwest represents flood watches and warnings.

The current satellite view reveals the "Pineapple Express," the flow of moisture (atmospheric river) starting near Hawaii and aimed at the US Northwest, that seems likely remain in place to dump rain and snow for the next 10 days. 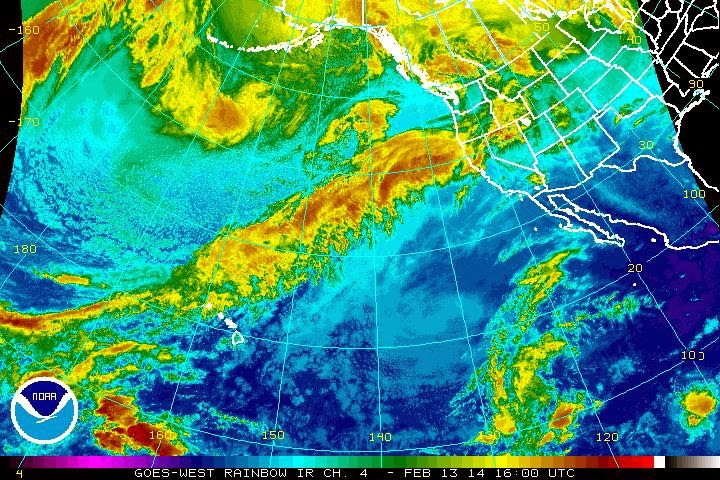 NOAA's ERSL (Earth System Research Laboratory) launched a study of the "atmospheric rivers" in the Pacific this month, and is flying aircraft to study the phenomena: See http://www.esrl.noaa.gov/psd/atmrivers/

The Climate Prediction Center put out the following forecasts on February 12, 2014, for temperature and precipitation. First the 3-7 day forecast: 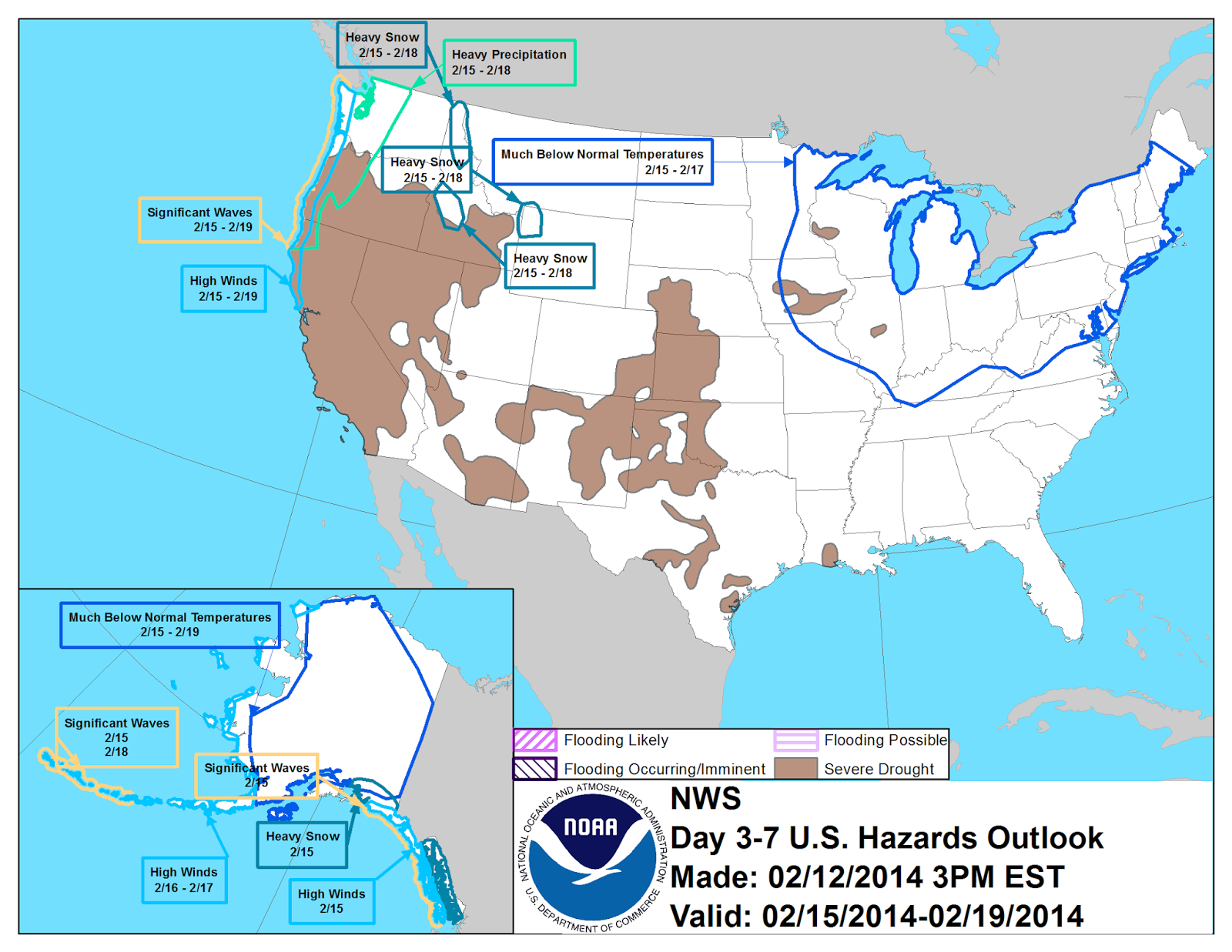 Note the waves, snow, and wind for the northwest coast through February 19th. However the impacts goes farther than that in the models. Here is the 6-10 day forecast for February 18-22, 2014 for temperatures and precipitation:

Both predict warmer that normal temps for the Central and Eastern US, which will have an impact on snow melt and perhaps result in the flooding in the East.

The big problem: This has very limited impact on relieving the California or Southwestern US drought. The seasonal outlook still has drought continuing or intensifying through April 30, 2014 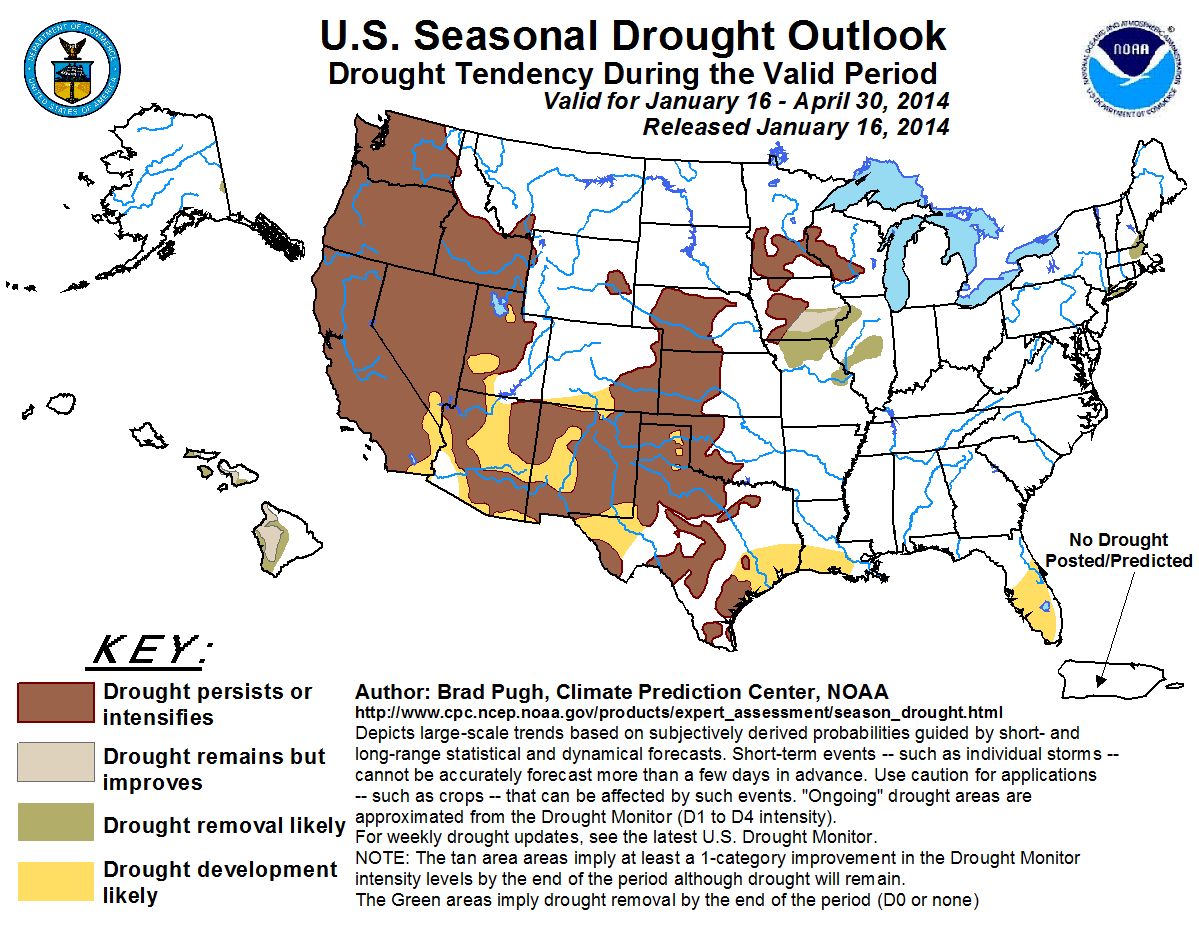