Here are the readings for the week, month, year and two years, plus the entire set of CO2 ppm readings at MLO since 1958 as of February 26, 2014 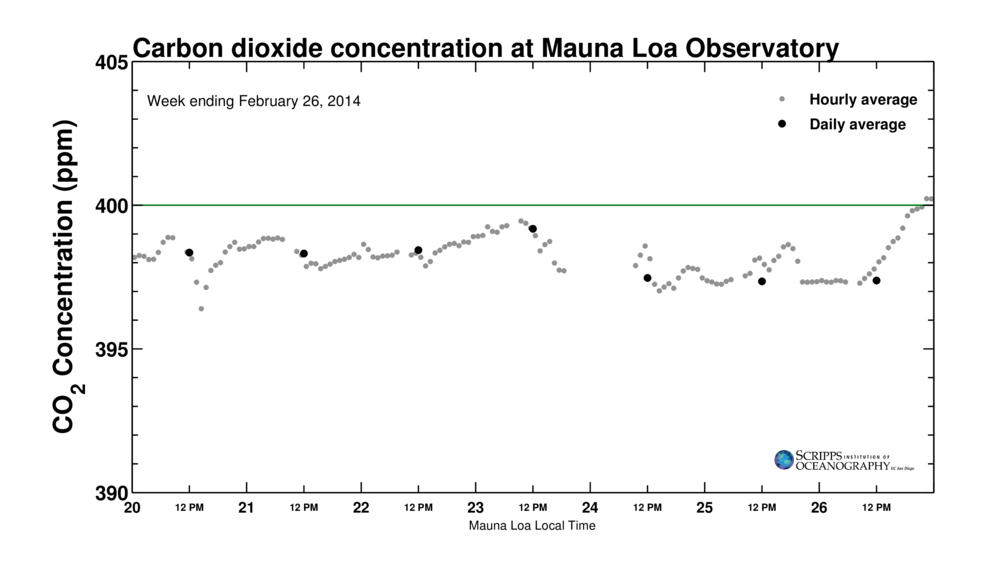 The instrument was down for the February 27  readings. What the next set of readings reveals will be of interest. Perhaps in March or certainly in April we will have our first for day above 400 ppm for 2014. 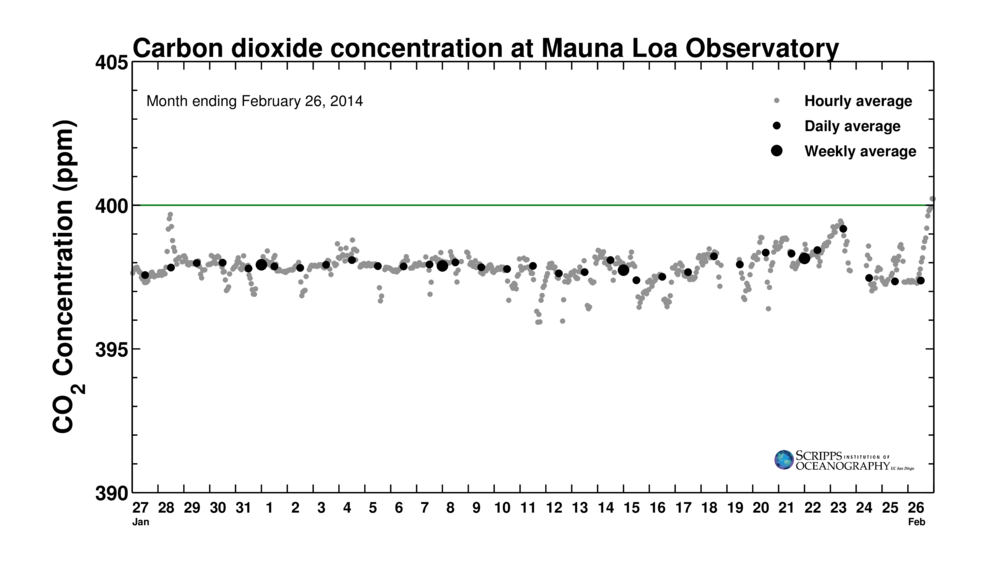 Daily and weekly readings have been creeping up through the last month. We will likely have our first week of readings above 400 ppm some time in May. 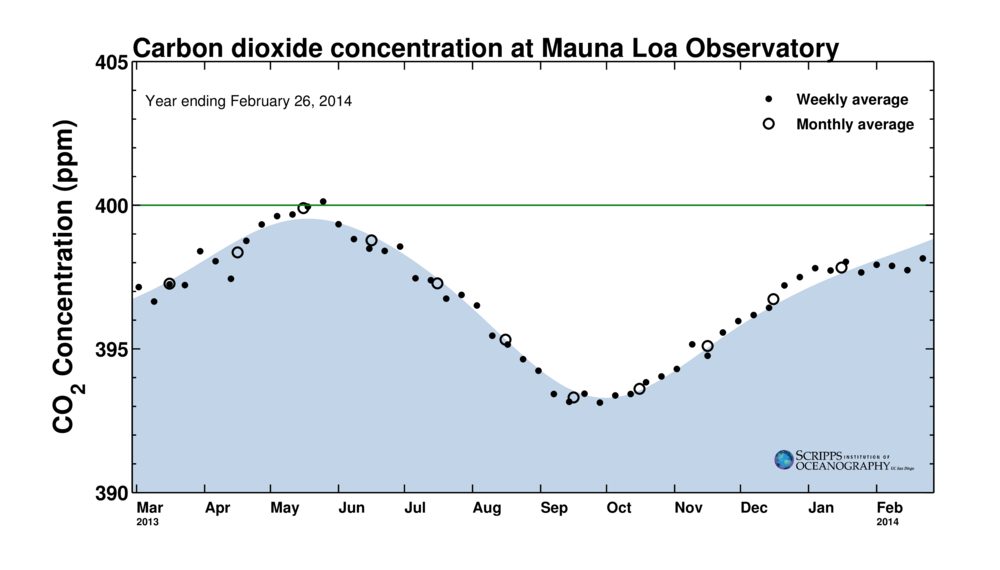 Glancing at the above annual CO2 readings at MLO, it seems that we are easily 1-2 ppm above last year's weekly averages. That is more readily apparent when we have two years of readings as portrayed below.
The rate of annual increase between December 2013 from 2012 ranged between 2.3-2.5 ppm. 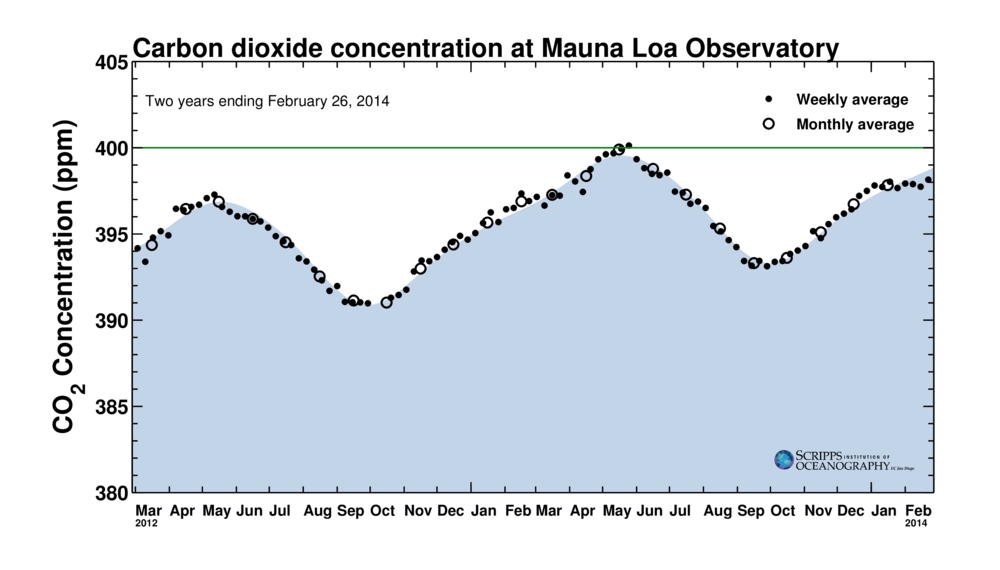 The entire set of readings by month since the records began in 1958 are below. There has been no slowdown in CO2 increases in the past 56 years and none seems coming soon. 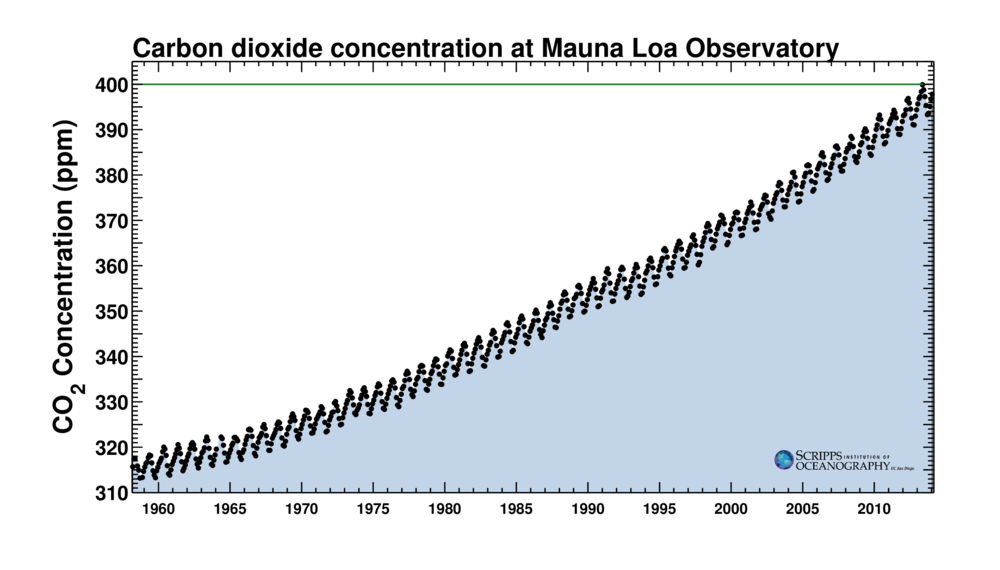 While a focus on the CO2 record at Mauna Loa is helpful, in reality many locations are reporting above 400 ppm this winter. For example, the Barrow, AK CO2 readings reached almost 405 ppm in January, 2014. 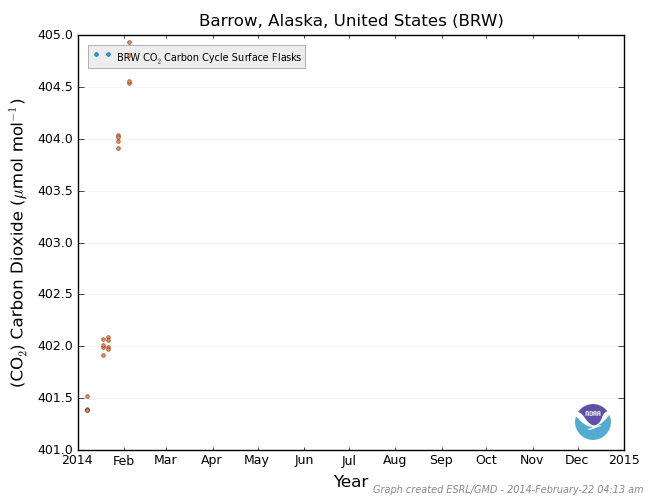 The following image is the average global CO2 in the atmosphere as of February 26, 2014, 0-12 hours UTC as imaged by the METOP A IASI satellite instrument. The yellows are atmospheric levels above 410 ppm for the entire atmospheric column - not just the surface

In individual atmospheric layers, the actual readings in these areas may be much higher, but the METOP reporting has restricted the highest readings to 420 ppm.

Although the entire mean is 396 ppm, it is only a matter of time before we cross 400 ppm level globally.