According to the NOAA ESRL latest monthly data release, November, 2018 saw the planet experience a global methane mean of 1867.2 ppb, an increase of 8.4 ppb over 2017. 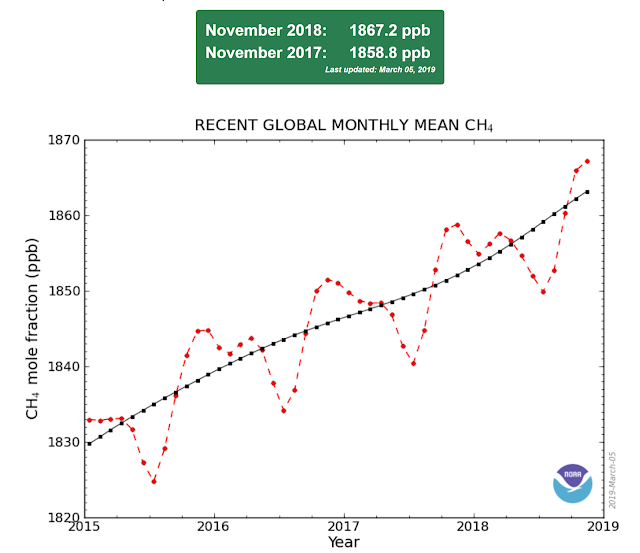 During the past five years we have experienced an increase of 46.8 ppb, and in the last 10 years, a 69.8 ppb increase. 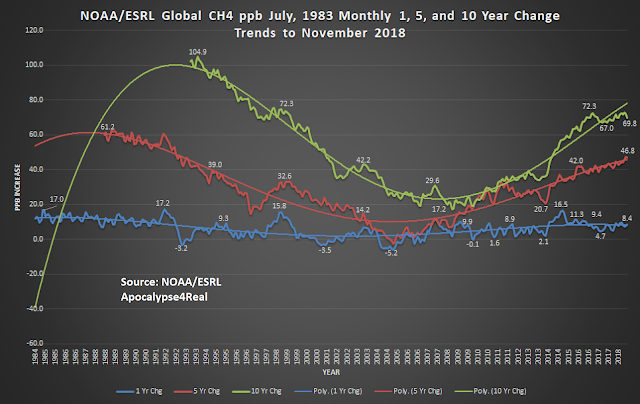 As recently reported, the science community is still determining the mix of sources driving this increase since 2007, and the acceleration since 2014. What has been proposed are changes in biological sources such as emissions from cattle, a drop in hydroxyls in the atmosphere which impact the length of time before methane breaks down, or agricultural production that is increasing methane emissions, particularly from rice production. A final source suggested is an increase in methane released by new natural gas and oil production.

Of significant concern is that natural feedbacks may begin or increase. If this occurs - despite cuts in human emissions - natural sources will offset our cuts and lead to future climate change.
Posted by Apocalypse4Real at 4:01 PM No comments: 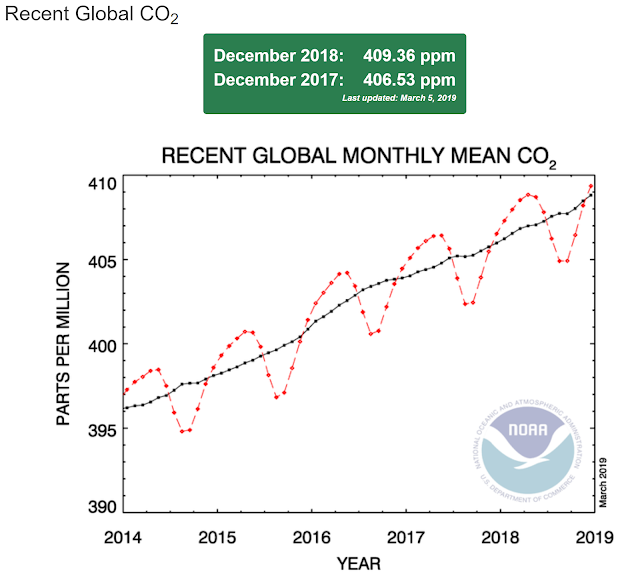 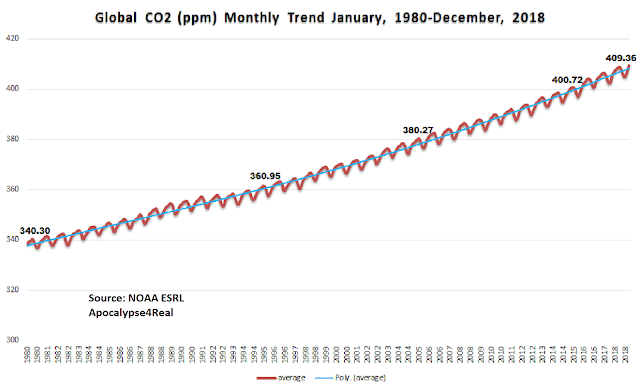 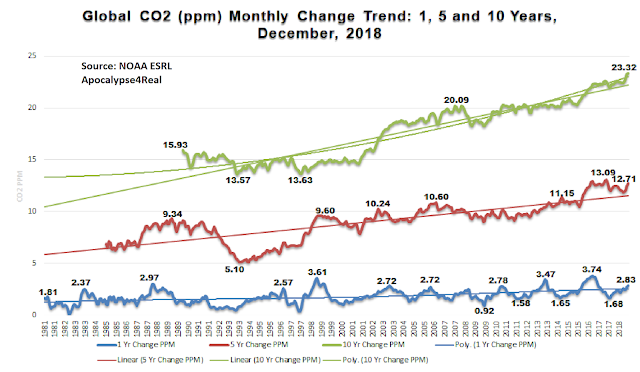 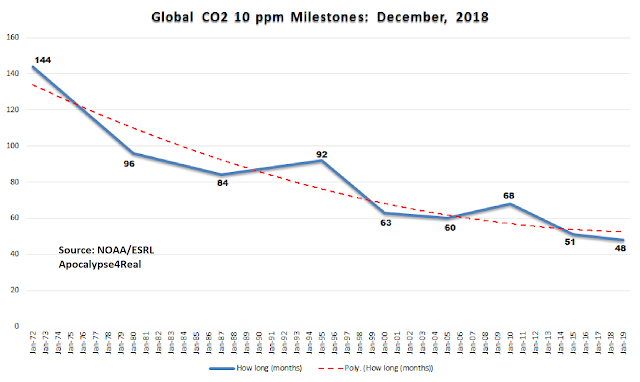 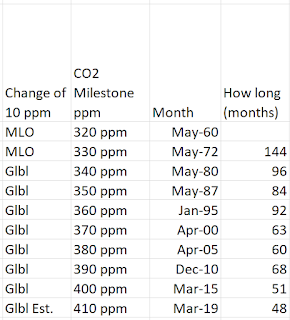 If we stabilize carbon dioxide concentration increases for each future 10 ppm at 48 months, the planet will experience a doubling of CO2 compared to pre-industrial by 2080 and over 610 ppm by 2100. However, given that emissions are not slowing, combined with potential environmental system feedbacks, we may reach 560 ppm sooner, with less ability to influence the trend with decreasing emissions. More on this in another post.
Posted by Apocalypse4Real at 11:03 AM No comments: