Siberia and over 1,000 miles of Russian skies are swirling with smoke and fog so thick that the ground cannot be seen for 100's of miles in EOSDIS imagery on September 19.

In comparison, here is the July 19, EOSDIS imagery which caught earlier media attention. While covering a larger area, it was not as thick.

One of the contributing factors to the Russian fire season is severe drought that has lasted for years in part of the Russia taiga and Arctic. Here is the 6 month drought map from CSIC SPEI 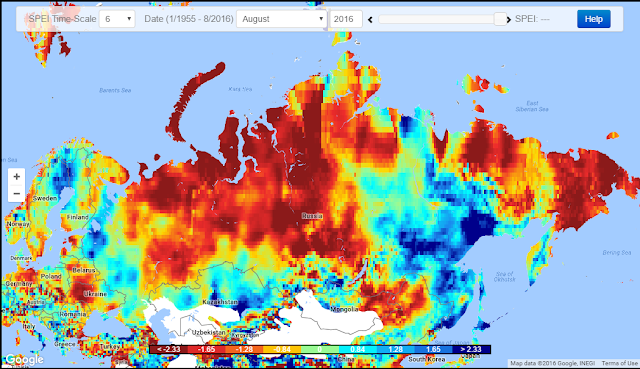 In comparison, here is their 48 month drought map. 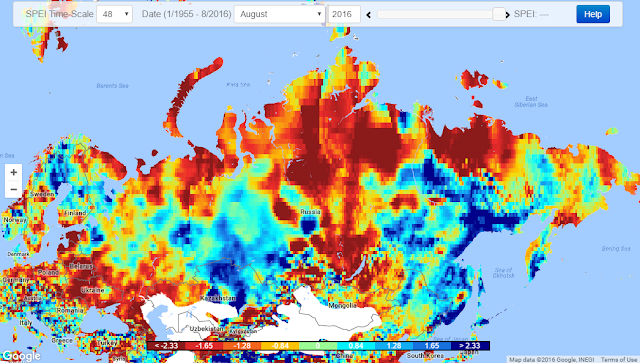 Posted by Apocalypse4Real at 6:04 AM