Usually in February and in March to come, the Arctic Sea ice reaches its greatest extent, area and thickness. However this season it is going through a major slow down in growth - actually declining some days in the last couple of weeks due to wind and temperature factors.

Here is today's NSIDC Sea Ice Extent for Feb 12, 2014, which appears to be in record low territory: 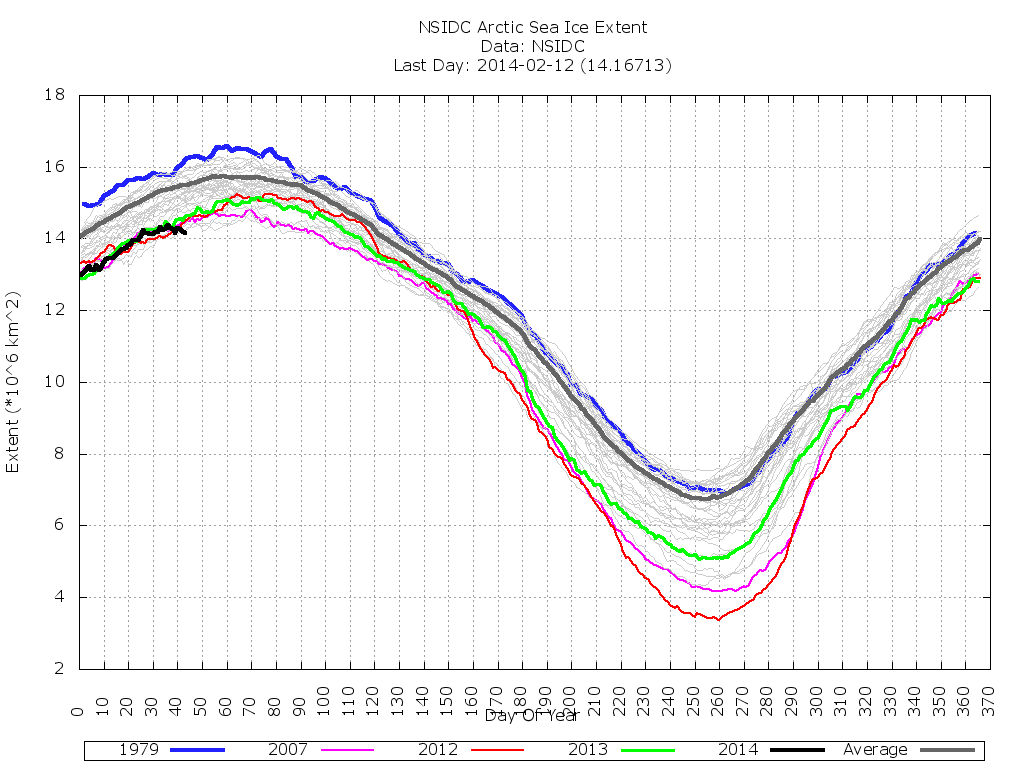 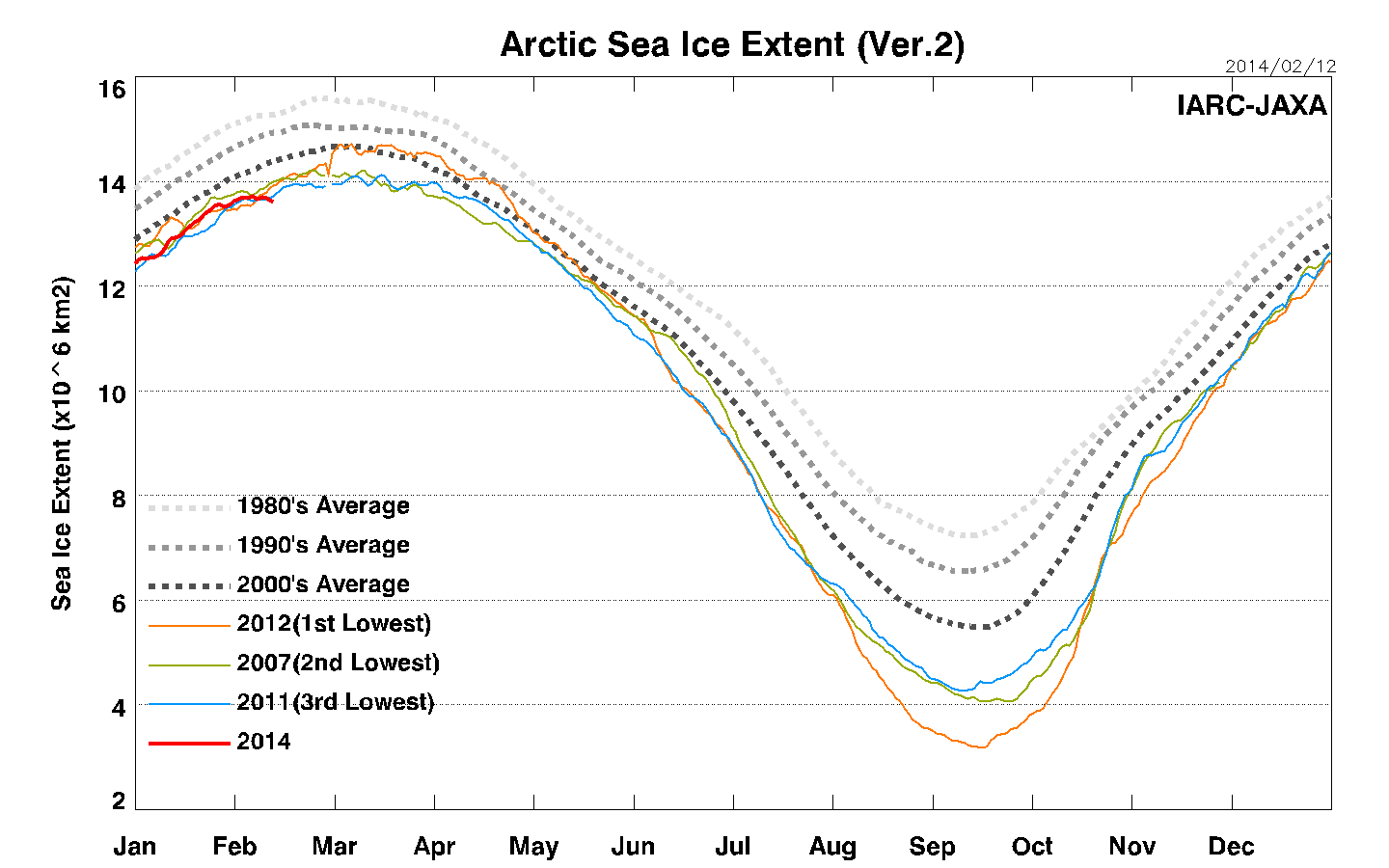 The Cryosphere Today Arctic Sea Ice Area anomaly tells the story as well, depicting an anomaly one would more expect in August or September: 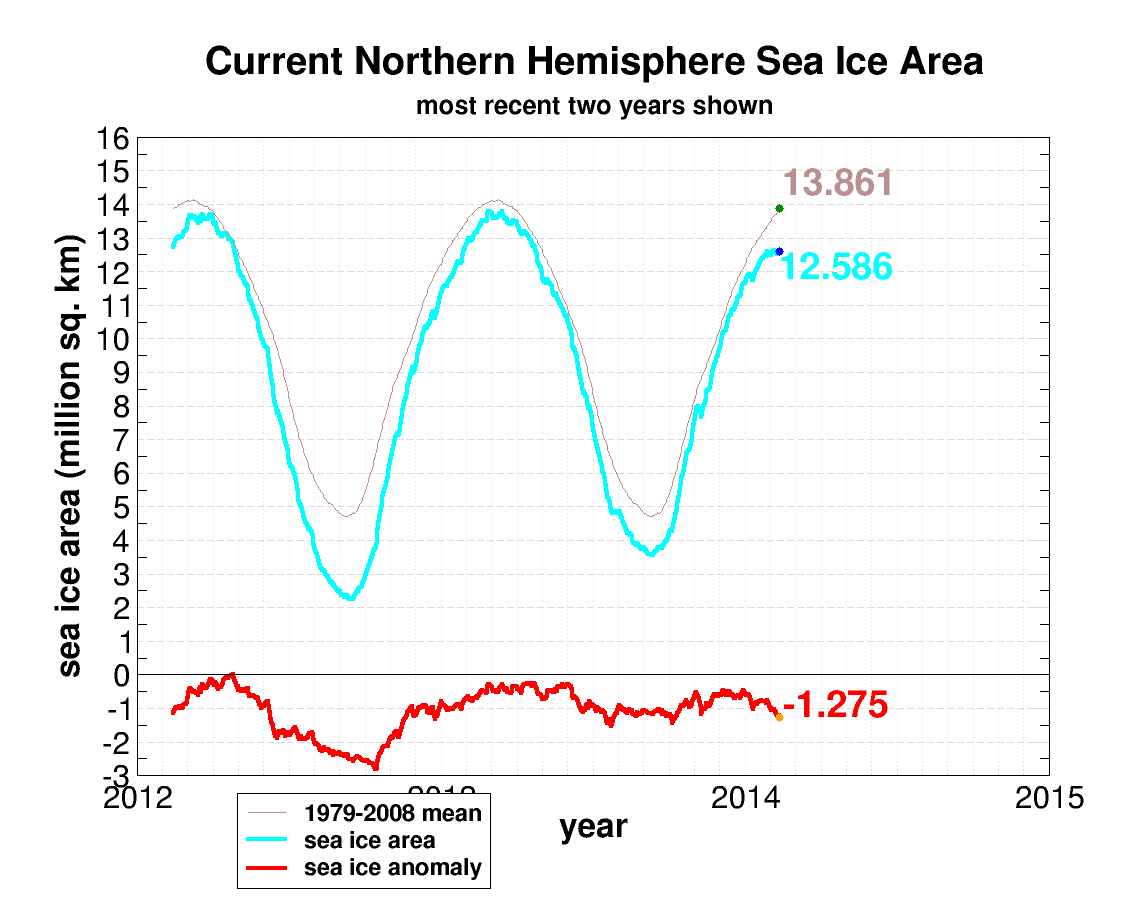 Jim Pettit posted the numbers for the IJIS Extent and CT Area on the Arctic Sea Ice Forum to summarise the records:

How the ice thickness and extent compares to prior years seems to leave the multi-year ice more vulnerable to melt in 2014 than the last two years. Here is the comparison between Feb 22, 2012 and 2013 (actual) and 2014 forecast:

At this point, this seems to leave the much of the multi-year ice in the Beaufort Sea for potential melt-out this season. Time will tell.
Posted by Apocalypse4Real at 12:45 PM